“I felt so useless at first, but it helped talking to other people that had been affected and in the end we rebuilt a stronger business”

DAVID RUNS A BUSINESS THAT WAS BADLY FLOODED

“I was worried about my wife coming home. She was phoning me to say there were all these obstacles: the road was flooded etc. That was really scary and was worse than my worries about the electrics blowing up. Then I was worried about my son, so I had to get him from school. And the staff had to get home safely. With all that going on, you think, ‘oh my God what is going on!’ So when the water did come up and you did realise that you are going to get flooded, it is more of a release of tension: you think, ‘there’s nothing I can do about this. I will just see what God gives me at the end of it all.’ But then when you think it can’t get any worse, half the building falls down!

I have never felt so in-the-shit basically as I did after the flood. I had to pay the mortgage for this place; I had a massive overdraft just to cover the costs of all the loans going through to keep the business going while we were waiting for the insurance, and then the insurance said they weren’t going to pay! I felt so useless.”

“It helped, though, talking to other people that had been affected. My neighbour was quite lonely and vulnerable at the time; we called each other ‘flood buddies’ and just looked after each other. And previously we’d thought other similar businesses were our enemy: because, obviously, business is really cut-throat and you’re always doing your best to be better than them. So when the floods came, all the businesses were shut down and you had no choice but to talk to these people, and over the couple of days that we were lumping-it together they became friends and you found out that they weren’t so bad after all. When you actually meet people and put your heads together, it’s amazing how well you get on with people. Before the floods you would barely talk to them; after the floods you were like, ‘do you want to borrow some milk?’ and helping each other out.”

“We were closed for a whole year. My sister works in insurance. She was really upset and fought our corner like mad with the insurance, so this worked out eventually; and in the end I said to my wife, ‘this is our chance now to make changes; to do what we want to do with the business’ – all our loyal customers had gone somewhere else; we’d nothing to lose. So we did: we refocused on a higher-end part of the market and rebuilt a stronger business.”

Resilience After the Flood

Anthony Stockman, Natton Garage, talks about almost throwing in the towel and being prepared for future flooding. He goes into detail about existing and future adaptations being made to protect property and vehicles 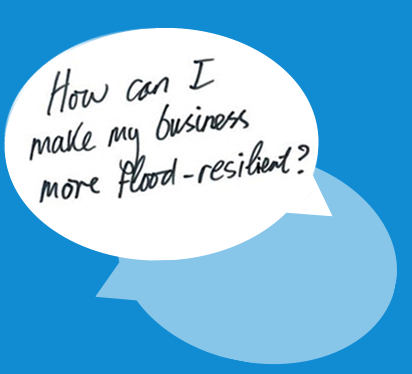 See what other businesses are saying…